New testimonies from across China shed more light on the extent of the nationwide operation to suppress religious groups affiliated with abroad. 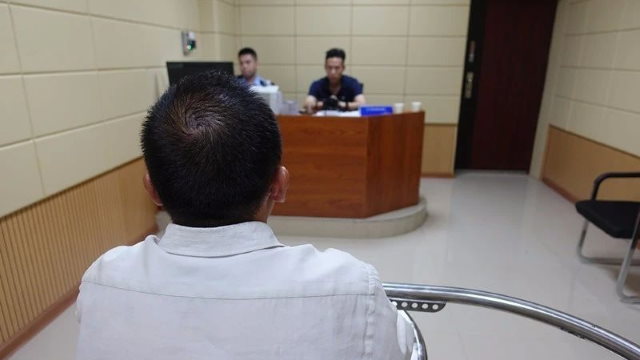 Bitter Winter has extensively reported on the multiple CCP’s campaigns to suppress foreign religious groups in China. As indicated in a central government document, exposed by Bitter Winter, starting in April, local governments across the country were ordered to launch a new round of coordinated crackdowns against churches affiliated with religious groups abroad. The primary targets of the camping are South Korean places of worship, and the goal is to make sure that the already closed down churches do not reopen. As a result, numerous such churches have been suppressed in every locality in the country; believers were arrested and kept in detention, some even face imprisonment.

In June, Mount Calvary Church (加略山教會) – a church with South Korean ties, located in Xi’an, the capital of the northwestern province of Shaanxi – was raided by the police. As a result, the church’s co-workers were forced to sell off the church’s assets and close it down.

According to congregation members, since August last year, all churches with South Korean ties in Xi’an started experiencing intensifying pressure from the authorities. One after another, South Korean pastors were forced to leave China. A few Mount Calvary Church’s pastors were deported to South Korea already last September. One of these pastors had lived in China for ten years but is now prohibited from returning.

In April, four Christians from a church that has ties with a South Korean religious group in Hegang city of the northeastern province of Heilongjiang were arrested. They were detained for 15 days, and each of them was fined 1,000 RMB (around $ 145).

The police claimed they had information on more than 200 members of the church and threatened to sentence the believers to one to three years in prison if they continued their gatherings. If they are arrested again after that, they could face three to seven years of imprisonment.

In May, ten believers were arrested at a church with South Korean ties in Heilongjiang’s Daqing city. One of the arrested was detained for 15 days. The church was prohibited from using its venue, for which the congregation had paid one and a half years of rent in advance.

A confidential document from the northeastern province of Jilin calls for the strengthening of suppression against everything that is affiliated with religious groups from abroad in the area. As part of the drive, the provincial authorities are setting up a supervising institution to govern the process and demand each local government to establish cross-institutional initiatives to wage a comprehensive crackdown on religious activities by foreigners.

Similar measures are widely implemented in other provinces. In May, local government officials stormed into the home of a believer with the state-run Three-Self Church in a village under the jurisdiction of Shangqiu city in the central province of Henan. The person was questioned about his contacts with foreigners and was blamed for not notifying the village committee before he did that. Suspecting that the contact was also a Christian, the officials took the accused village resident to the local police station to make an official record of his actions.

According to the Christian, the few foreigners with whom he was in contact with were doctors; they came to visit his grandson who has congenital heart disease. He never thought that this visit, which lasted only for half an hour, would get him into so much trouble. “The government watches me so closely just because I’m a Christian,” he said. Previously, his minimum living subsidy was revoked because of his faith.

Meanwhile, a Three-Self church believer in a city of the northeastern province of Liaoning was nearly arrested for browsing online. One day in June, the police stormed into the believer’s church, claiming to have discovered that she had visited a website which has something to do with a South Korean Christian group. The police asked her if she had contacted online or met in person with representatives of foreign churches, or joined any foreign religious groups.

The woman was bewildered since she had no knowledge of any South Korean churches nor was a member of one. After repeated questions, she could only recall that she once visited a foreign website to look for Christian songs. She was released only after her church co-workers explained the situation and vouched for her to the police. The harsh questioning frightened the woman who suffers from a severe heart condition.

As per the confidential document, issued by the government of Liaoning Province earlier this year, one of the CCP’s methods to crack down on foreign religious groups in China is through controlling online activities of the faithful. The government regularly analyzes, researches, and evaluates the messages disseminated in the profiles of religious groups on QQ, WeChat, and other social media platforms. Besides, the CCP is cutting off any pathways through which it is possible to contact overseas religious groups. Any other channels for “foreign infiltration,” such as radio and TV, are also strictly investigated and controlled; even regular travelers from abroad may become suspects.

In April, the government of a town under the jurisdiction of Jilin’s Liaoyuan city held a meeting, calling for a comprehensive investigation into religious infiltration from abroad. One of the adopted measures was to dismantle satellite antennas in the area to prevent people from receiving religious information from South Korea.