An accomplished professional disappeared in one of the detention camps called “professional schools” by the CCP.  A new website launched to aid her liberation. 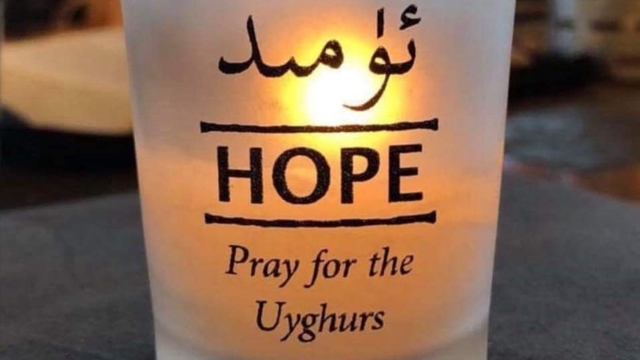 A year passed, and nothing has changed. Dr. Gulshan Abbas, a retired accomplished medical doctor, a peaceful person known for her work in the community, was arrested and disappeared in one of the ill-famed transformation through education camps of Xinjiang (the region that Uyghurs prefer to call East Turkistan).

It was September 11, 2018, and no one knows anything about her since. She was swallowed in the black hole of the communist detention system like millions of Uyghurs (up to 3, research says) and thousands of Kazakhs and other Turkic people. Their only faults are their ethnicity – Uyghur, Kazakh, Tatar, Turkmen, Kyrgyz or Uzbek – and their faith (Muslim). This is enough for the CCP to detain them with no other charge and no trials, dismissing them as “religious extremists,” “separatists,” and “terrorists.” But whatever political view those detained Muslims may have, religious extremism and terrorism are not in their pedigree.

To disguise its misdeeds, the CCP describes the transformation through education camps as “professional schools” and “training facilities.” In the case of Dr. Abbas, this excuse is blatant ridicule and makes her case emblematic. She was born in Urumqi, Xinjiang, in 1962. In 1985, she graduated from Xinjiang Medical University in Urumqi. She worked in the government-run Xinjiang Oil Field Company MingYuan Workers Hospital as a medical doctor before she retired early for health reasons. Later, she helped in her mother’s successful bakery. To sum it up, she was an accomplished and well-respected professional, known to the government because she has operated within a state facility.

Her sister, Ms. Rushan Abbas, founder and chair of “Campaign for Uyghurs” in Herndon, Virginia, is sad. “Unfortunately, there is absolutely no information or new development on her,” she told Bitter Winter. She feels somewhat responsible for the imprisonment of her sister. On September 5, she wrote on Facebook: “It was exactly a year ago today that I followed my conscience and spoke out publicly for the first time about the horrendous atrocity of the century and the systematic human rights abuses in my homeland since Mao Zedong’s occupation. As an American who has been living in a country that provides all aspects of the freedom that all men, women, and children are entitled to, I never thought that this lawful advocacy act for the millions of defenseless Uyghur people, would have consequences for my innocent, introvert, law-binding sister who was living in Urumqi.”

All happened during a Hudson Institute conference in Washington, D.C. where  Rushan Abbas was one of the panelists. “I believe,” she continues on Facebook, “that the video […], which streamed on September 5th, 2018 (my speech starts at 43:30) was the cause for my sister Dr. Gulshan Abbas’s abduction. She and my aunt were taken six days later, on September 11th, 2018. Both my sister and my aunt were abducted as Beijing’s tactic to silence me and stop my lawful activism inside the United States, which is my Constitutional right. They lived more than 1,400km away from each other, yet they were both taken on the same day to send a loud and clear message.  My aunt was released a few months later, but still, one year later I have received no information on my sister’s whereabouts.  Both my sister and my aunt are unusual targets. They are not famous; they are not educators, writers or scholars. Neither has traveled to any foreign Muslim country, and they both speak Mandarin Chinese fluently. I say this because Uyghurs are often targeted when they travel abroad (under the suspicion of ‘collusion’ with ‘terrorism’ or ‘foreign powers’) or if they cannot speak Mandarin (which is seen by the Chinese central government as a sign either of ignorant backwardness or nationalist rebellion).”

Stranger for any charge, “[t]he only reason for their abduction is ‘guilt by association’ with me – an American who dared to exercise her freedom of speech inside the U.S. I have been a proud citizen of the United States for 25 years, yet the long arm of the Chinese communist regime has extended its reach across borders to ravage my heart by jailing my family.” Touché. One of the boldest deeds of the CCP is acting unlawfully on foreign ground, harassing people abroad with no fear nor shame. The Uyghur Human Rights Project, directed by Mr. Omer Kanat and chaired by Mr. Nury Turkel in Washington, D.C., has closely studied the subject, most recently producing Repression Across the Borders: The CCP’s Illegal Harassment and Coercion of Uyghur Americans. Bitter Winter also dealt with the topic, releasing a documentary, The Long Arm of the Dragon: Chinese Persecution of Refugees Fleeing Religious Persecution.

Well, Rushan Abbas has now reached the point of no return. On September 5, one year after the indicted video, she quit her full-time job and became a full-time advocate: “[…] now I will concentrate 100% on my activism,” she wrote.

But it is the whole of Dr. Gulshan’s family that raise the voice on her and other Uyghurs’ behalf. From Tampa, Florida, Gulshan’s daughter, Ms. Ziba Murat, chose Bitter Winter to speak out and begin her advocacy. Now, on the very anniversary of her mother’s arrest, she launched a website, all4mom.org. “Right now, my focus will be the letter campaign and using social media platforms effectively to bring more attention to my mom’s case from the grassroots,” she said to Bitter Winter. “I need all the support from the good humans of this world. I can’t do this alone, so please support me.” She has other plans, for which she is fund-raising, and she will tell Bitter Winter first in due time. But how many Gulshan Abbas do languish in the camps? Who will speak out for each and all of them?