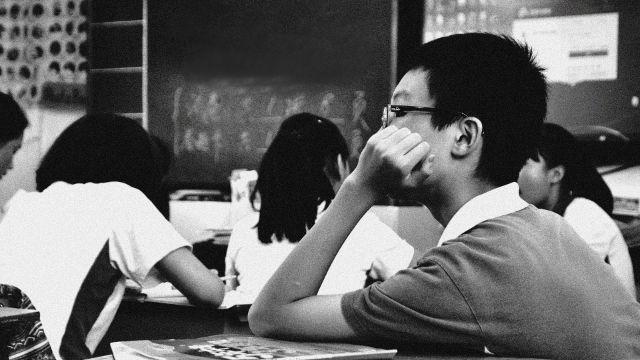 In a chilling case from Jiangsu, an 11-year-old child was punished after truthfully answering a religious beliefs questionnaire.

In April, a primary school teacher in Jiangsu distributed a questionnaire to her students. The questions pertained to several issues, including religious belief and The Church of Almighty God.

The teacher encouraged the students to answer truthfully, and promised that if they did that, they could have 300 RMB as a reward as well.

The 11-year-old Yu Tong (pseudonym) did just that, answering that there was a book of The Church of Almighty God in his home, but instead of a reward, he got a brutal punishment. His teacher informed the police about his answers and the next day, eight police officers showed up at the school.

The officers took him home to recover the CAG religious book, The Word Appears in Flesh. They brought him and the book back to the school and waved the book in front of other children, saying, “Does anyone at your home read this book? If you see this book, you must report it immediately.”

Later, the child was given electric shock in his face six times. As he cried and yelled in pain, the officers and all the teaching staff including the headmaster turned a deaf ear to him. He was also beaten on his legs with a wooden club.

According to sources, police officers have visited the school multiple times since then. In June, an officer brandished a 1,000 RMB cash note in front of the children and asked if they knew any religious person. When one child raised his hand and said his mother was religious, the child was taken away. In this way, authorities use fear and money to coerce children into reporting on their family members.