A former employee of the largest state-owned telecommunications provider reveals how the regime is monitoring citizens’ calls and messages on mobile phones. 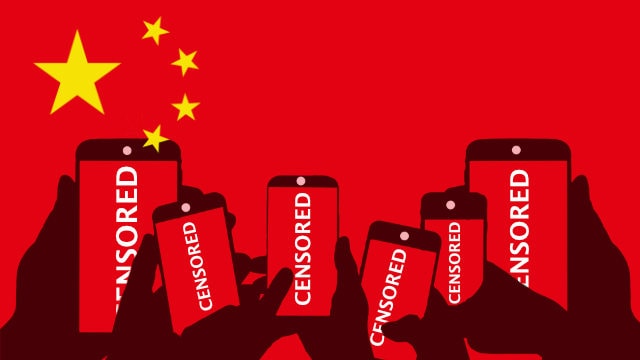 “And today, China’s Communist Party is building a surveillance state unlike anything the world has ever seen,” United States Vice President Mike Pence remarked in a speech in Washington D.C. on October 24. “Hundreds of millions of surveillance cameras stare down from every vantage point. Ethnic minorities must navigate arbitrary checkpoints where police demand blood samples, fingerprints, voice recordings, and multiple angle head shots, and even iris scans.”

On top of that, the regime has long maintained a firm grip on the citizens’ use of the internet and mobile technologies, monitoring and controlling the conversation on digital media to manipulate public opinion and block any information deemed “sensitive to the state.” And the censorship measures continue to snowball. From December 1, people are required to have their faces scanned when registering new mobile phone services so that the government could identify all users and control their activities online, since most Chinese access the internet via their phones.

“There is simply no privacy in China. Social media, calls and messages on mobile phones are all under surveillance,” a former employee of China Mobile Online Services Company, a subsidiary of China Mobile Limited, the state-owned and largest telecommunications service provider in mainland China, told Bitter Winter. “If one says anything deemed unfavorable to the CCP, he or she will be punished. Every person is monitored and controlled under the pretext ‘to crack down on harassment.’” Fearing retaliation from the government, even though he has recently resigned from his post, the man requested anonymity; we will, therefore, call him Mr. Li.

Mr. Li said that specially assigned “censors” – he was one of them – are monitoring the company users’ phone calls and messages in the name of dealing with “harmful” information. The surveillance covers all China Mobile users in the 31 provincial-level administrative units, excluding Hong Kong, Macau, and Taiwan. The system is programmed to automatically detect anything concerning politics and religious beliefs, including remarks critical of the CCP and unfavorable to the state leaders. Once such information is discovered, company employees are assigned to review it thoroughly.

Mr. Li said that he monitored calls and messages together with at least 500 colleagues, and the work was very stressful. He recalled: “If anyone were not careful enough and missed a piece of sensitive information, this would result in the deduction in monthly salary and year-end bonus. I usually had to handle more than ten thousand pieces of information every month. It was unavoidable to make mistakes, at least one or two a year.”

Mr. Li revealed that religion-related words and phrases, like “Almighty God” and “Falun Gong,” have been identified as “sensitive.” Texts and conversations that mention the word “Party” or revoking membership in the Communist Party or the Communist Youth League are closely monitored and controlled. “Anything deemed unfavorable to the CCP is labeled ‘political,’” Mr. Li explained. “For example, immediate measures will be taken to intercept messages that mention the CCP’s organ harvesting from Falun Gong practitioners to prevent leaks.”

“If any sensitive words were detected during phone calls, in MMS, SMS, or messages on social networking sites like WeChat, the system would automatically intercept the information and users’ services would be deactivated instantly, disabling these people to make phone calls or send messages,” Mr. Li continued. “If users want to reactivate the service, they have to go to a China Mobile service center with their ID card and write a statement promising never to share any sensitive information again.”

Deactivation of ones’ mobile number for “inappropriate” remarks is considered a minor warning. If the authorities decide that the misdemeanor is “serious,” the punishment can be harsher. Mr. Li gave an example. In May, a resident in the southeastern province of Fujian was intercepted on the border, and his passport was destroyed by border guards who told him that he was prohibited from traveling abroad because he had previously made remarks criticizing the CCP and state leaders. His comments were deemed “insulting to the government” and “disturbing public order.”

An employee of an internet censorship company, who was reluctant to reveal the name of his employer, told Bitter Winter that the enterprise is affiliated with the Office of the Central Cyberspace Affairs Commission (中央網絡安全和信息化委員會辦公室) and is tasked with monitoring and controlling remarks online. In order to better identify the issues that the regime doesn’t want the general public to see online, all company employees have to go through rigorous training before starting to work.

He also revealed that jokes and satirical remarks or videos about the government and its leaders are also deemed unfavorable to the state and have to be deleted immediately; a minor oversight by the company results in harsh punishment. Any references to Winnie the Pooh, for example, have been banned from China’s social media platforms, and sharing information about the fictional teddy bear has been deemed illegal ever since President Xi Jinping was compared to it in 2013.